The idea that was to become Acticheck had been in our founder’s mind for several years before the opportunity occured to explore with local business people and experienced engineers whether the vision could be made real – and if it was something worth doing.

Creating a new system to look after active solo seniors would have to be done right and that was going to take a lot of time and effort. It would also take a fair amount of money. Local businessmen, including an experienced manufacturer, shared the vision and decided to support the Assure.

In January of 2014 Acticheck Ltd was set up as a limited company (Reg:08852416) and the project got underway in an office based in Saffron Walden, south of Cambridge.

The journey has been exciting. Along the way we have won European Regional Development Funding, been recognised with major international design awards and secured runner-up place in a global competition run by BT looking for the best innovations for ‘family, friends & community’.

Acticheck are members of the Telecare Services Association, the industry body which sets standards for technology enabled care.

Karl has developed a diverse skillset during his career.

Karl went to college with a view to becoming a civil engineer but instead of pursuing a degree decided to become an actor. Three years of training lead to acting work over the next decade, including small parts in The Bill and Coronation Street and some ‘eclectic’ theatre work too.

When family life beckoned ‘an actors life was no longer for me’ and Karl moved into events organising in the central offices of British Quakers. It was while there that the idea for the Assure first came up in a discussion with his mother when they realised there was not a suitable mechanism to make sure that she was OK.


Karl has also achieved an Masters in Business Administration (MBA) from the Open University.

Karl lives in Saffron Walden with his family and does a lot of his thinking walking, rather too quickly for his miniature Schnauzer, around Audley End Park.

Bill has over 30 years of experience developing electronic products. With a specialist knowledge of wireless communication he has been the architect of the Acticheck system undertaking both the hardware and software design.

In his spare time Bill enjoys outdoor pursuits and is a keen cyclist.

And many others
Our journey has brought us against challenges that were beyond our skills.

We have worked with many experts in their field, without whom the Assure would not have become reality.

We thank them for their work and their camaraderie. 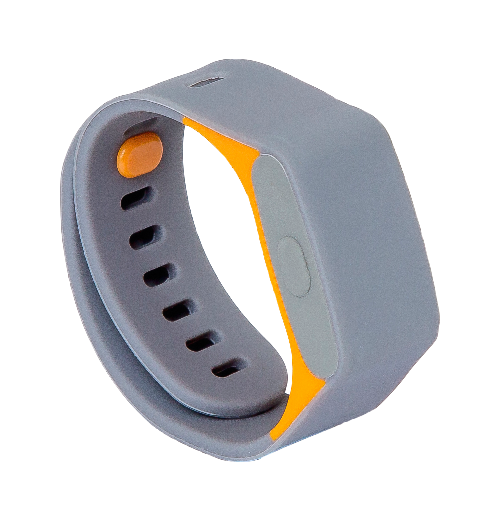 Why create the Assure?

Karl Gibbs, our founder, had a discussion with his mother, an active ‘solo senior’, who asked if there was a way of confirming she was OK each day. He decided to look at available solutions that:

But he couldn’t find anything suitable.

Karl thought technology could achieve something far better for his mother (and others) and teamed up with accomplished engineers, manufacturing experts and award-winning designers.

The concept became the Assure which has now won its own international design awards and has secured runner-up spot in a global competition run by BT for innovation to support ‘Family, friends and community’.

The Assure has taken the best features available in other systems and added to them, for instance our I’m OK checks are unique and are about the simplest way of confirming a wearer is OK in the morning and before bed. With the wristband able to be worn all the time for uninterrupted protection we can say:

Pendant alarms
You have to be capable of pressing the button when you need it. It can also be easily pressed accidentally leading to false alarms. Karl’s mother also said it would make her feel old!


Telephone check calls
Provide an effective once or twice a day snapshot that the person is OK. But his mother might have been out when the check call was made – leaving the caller unnecessarily worried.

‘Internet of things’ monitors
These monitor activity in the home but can be fiddly to install and monitor. They can work well when people have time to assess them; but if she fell in her garden or putting the bins out on a cold night it could take several hours for an alert to be raised.

Get the peace of mind you and your family deserve