A new report by ‘United for all ages’ (https://www.unitedforallages.com/) highlights that the UK is one of the most age segregated countries in the world. Intergenerational living, either in the same house or local area, was not unusual. Close proximity could mean seeing elderly relatives several times a week.  In recent times this has become rarer resulting in more older people reporting feeling lonely and generally excluded from their community. 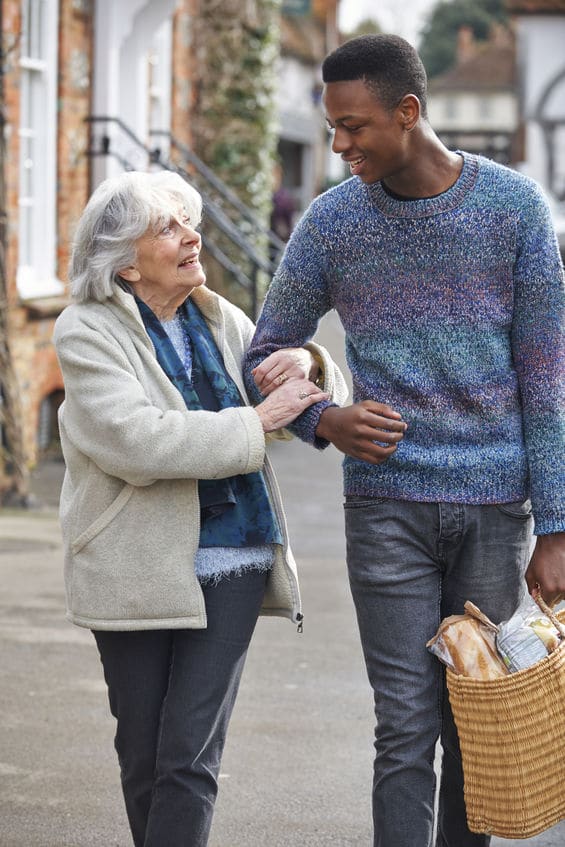 There are benefits being missed by the younger people too. Being able to pop home for a meal and a chat or having someone who might have the time to wait in for a delivery when you can’t. How many of us enjoyed spending times with grandparents when we were very young? and how helpful was that for our parents.

One of the reasons for this drift (the young to the cities) is that working aged people often find employment in the large urban centres, resulting in them both living and socialising there. They may also prefer the social life afforded by a city. On the other hand, retired people can find a lifestyle they prefer away from the city. They might also find that by swapping their city property for a country one they have more money in their pocket to enjoy.

These tendencies to have been around for some time but have got greater over the last decade as service industries based in offices have dominated employment compared to manufacturing based in factories which were more geographically spread.

What can be done

No doubt there are structural issues in society which could be addressed. With better transport infrastructure more people could stay where they grew up and commute. Even in areas like London, which have good transport coverage, there is difficulty coping with demand. Roads are highly congested and public transport very crowded. Other parts of the country are lacking public transport. Better public transport would enable some workers to live further from their workplace and closer to their family.

What you can do

In the meantime, we have the benefits of the internet age to help keep us in touch. Skype and WhatsApp both enable video calling on a laptop or smartphone. If someone you’d like to feel more connected with doesn’t yet have any IT then Portal from Facebook might be worth exploring.

The point of the report is not be fatalistic but to highlight the sorts of things we can do to improve intergenerational integration. Though families may be dispersed there are still ways of encouraging mixing between the generations with our localities.

Some interesting ideas include:

Our own experience at Acticheck is that there is a massive amount of neighbourliness and people are generally happy to look out for and after each other.

If you’d like to see our communities more linked across the generation do consider signing up for the United for all ages network (www.unitedforallages.com/join-us). This will keep you in touch with what is going on and offer support with local projects.

If you know something is wrong then please contact an expert immediately.

Your doctor can help with medical problems, or if you are in an emotional crisis you could contact the Samaritans. You can call them free from any phone on 116 123, email jo@samaritans.org or you may have a branch near you that you can visit (see www.samaritans.org/branches).

If the cause of your crisis is feeling overwhelmed by a financial or legal issue then they may suggest a local legal centre or the Citizens Advice Bureau as a good first step to solving your issues.

There is a Spanish phrase that says ‘Where there is a will, there are many ways’. Just because what you have tried so far has not worked does not mean there is nothing else to try and these people are expert at finding the right solution in a crisis, and they care.