How to configure the AssureTM fall detection

The Assure system uses a movement sensor that constantly monitors the movement of the wristband. It can be configured to detect movement patterns that could be a fall. Every fall is different and the Assure will never detect 100% of falls with no false alarms. There are various settings to suit most people’s needs.

To configure fall detection use the drop down list. Most users will find one of the four presets suitable:

Figures from AgeUK suggest that about one third of all people over 65 fall each year. If the fall occurs whilst the person is home alone and the fall results in the person being unable to move, the consequences can be very serious. The Assure uses advanced algorithms that detect movement patterns that could be a fall

If the fall monitor detects a potential fall, it will monitor for a period of inactivity afterwards before starting the usual pre-alert checks. The wearer can cancel the alert in the usual way by either pressing a single button on the band or answering the confirmation phone call and pressing ‘1’.

It is important to note that the fall detection is always confirmed by a period of inactivity. In ‘Day’ mode (see below) there will be a delay ranging from 45 seconds to 8 minutes, depending on your settings, between a fall and an alert being raised.

During sleep most people naturally change position then remain still. This can be interpreted as a fall resulting in an unwelcome false alert in the middle of the night. Day/Night mode extends the inactivity period to 4 hours during the night.

By default this is set to on when you activate fall monitoring. The time defaults to 9 at night until 7 the following morning, this period has been selected to be longer than the period of deep sleep for the majority of people.

If you decide to turn this facility off you may get false positives alarm calls during the night. You can also alter the  mode times to suit the wearer’s sleep patterns by using the slider and then by clicking on ‘save changes’ at the top of the page.

The Assure will detect a fall where there is a shock followed by a period of inactivity which could be the where the wearer has fallen and is unable to move. The wearer needs to understand that if they do move after a fall they should raise an SOS by squeezing the wristband otherwise they must keep still for the inactivity period (60 seconds by default) before an alert is raised.

Some falls are ‘slumps’ when the wearer gently slides to the floor and is unable to get up. These types of fall do not have a shock and will not be detected by the Assure however, in the majority of circumstances, the wearer should be able to manually raise an alert.

How to Test Fall Detection

Enable fall detection to Normal as described above. If the band is new and has not been used, put the band on your wrist and wait for 30 minutes. This calibrates the detector that determines if the band is being worn. Now simulate a shock (for example by raising your arm then letting it drop firmly into your lap or onto the arm of a chair). Then keep the band still for 60 seconds. An alert should then be raised. To cancel the alert press a single button on the band.

As with any other wrist-worn device, using movement as a method of detecting falls can never be 100% reliable. There will always be a compromise between valid detections and false alarms. One of the most common false alarm activations occurs when the wearer is getting into bed where there can be a sudden movement followed by a long period of inactivity which is very difficult to distinguish from a genuine fall.

The fall detection process is triggered by either a shock (a period of high acceleration or deceleration) or free-fall (a period of low absolute acceleration). The thresholds for these triggers can be set in the MY BAND page.

If the post trigger detects low movement after the trigger, the system performs an analysis of the movement immediately before and after the trigger point and calculates the likelihood that a fall has occurred. The sensitivity of this analysis can be set.
For finer control over the fall detection settings select the ‘Advanced’ option. This will then display the following options:

The shock, free-fall and inactivity movement sensitivities can all be individually set. In addition, the period of inactivity can also be set. Day/night mode is a feature that can be used to reduce the likelihood of false alarms in the night. Finally, the sensitivity of the pre and post shock detailed analysis can be changed with a value of 5 being recommended for normal operation. Contact us for setup assistance. 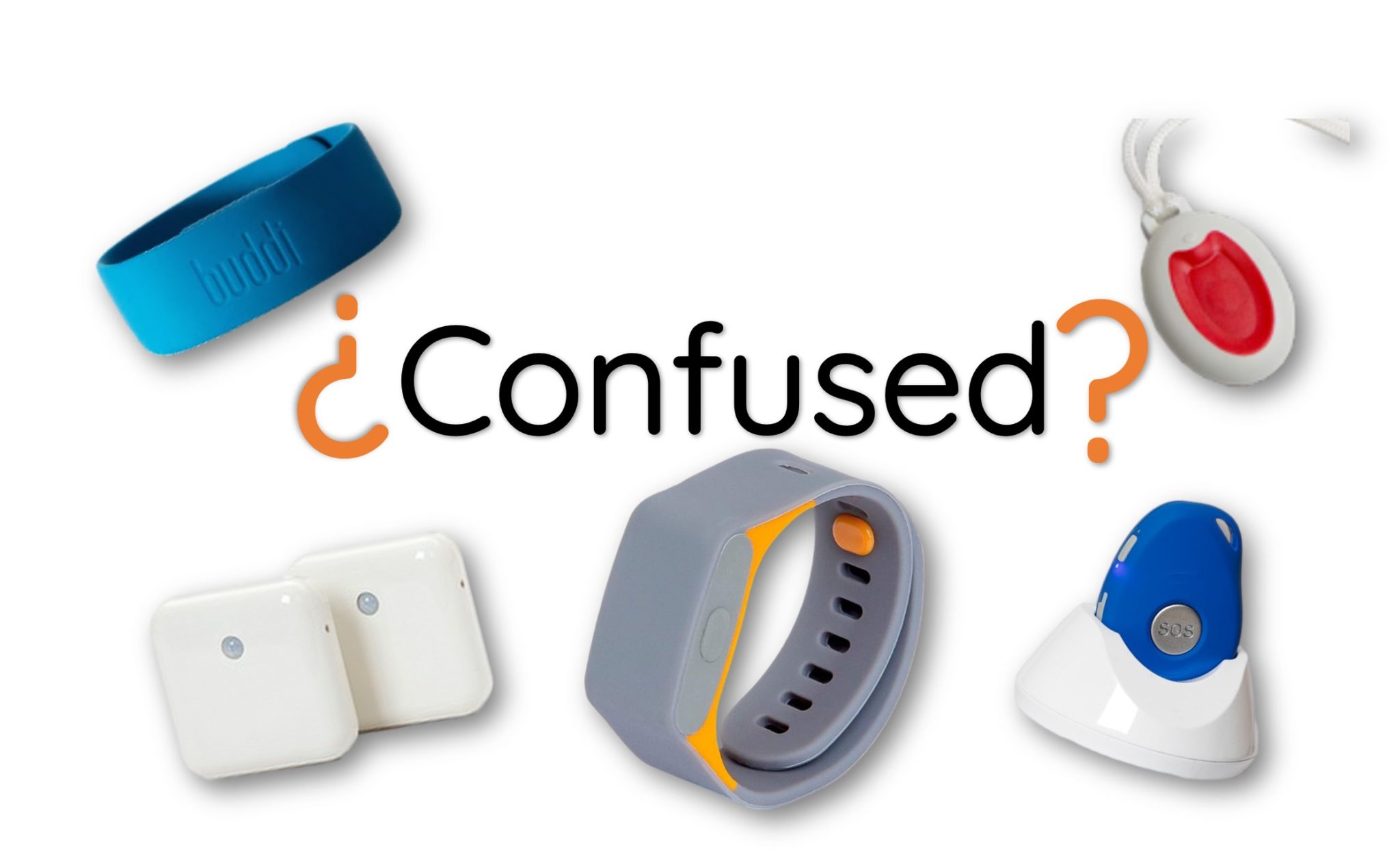 Need help choosing a personal alarm that's right for you?